We produce an ever-growing amount of increasingly dangerous trash, which has become a global problem. The timing and intensity of river floods has turned unpredictable and the composition of valuable alluvium has changed. The reality is that it now contains almost everything you can find on supermarket shelves, and that's before even mentioning the chemicals invisible to the human eye -- like the case of the Tisza's cyanide pollution, for example. 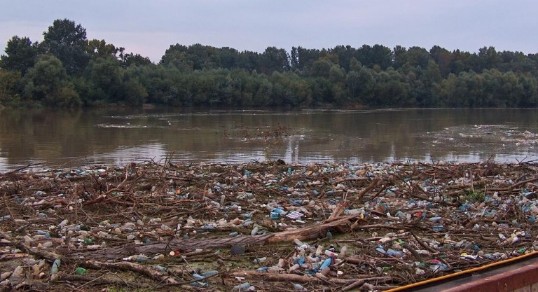 Most of the trash comes from the other side of the border, from Ukraine and Romania, where it's commonplace to dump household waste on the flood plains. The trash accumulates during the winter, then is picked up as the meltwater and spring rains swell the river. It's carried across the border and deposited in the lower-lying flood plain forests and on the shores of sand islands. The drifting waste often causes damage that runs in the millions of forint and at times even triggers water quality warnings because of its dangerous contents. 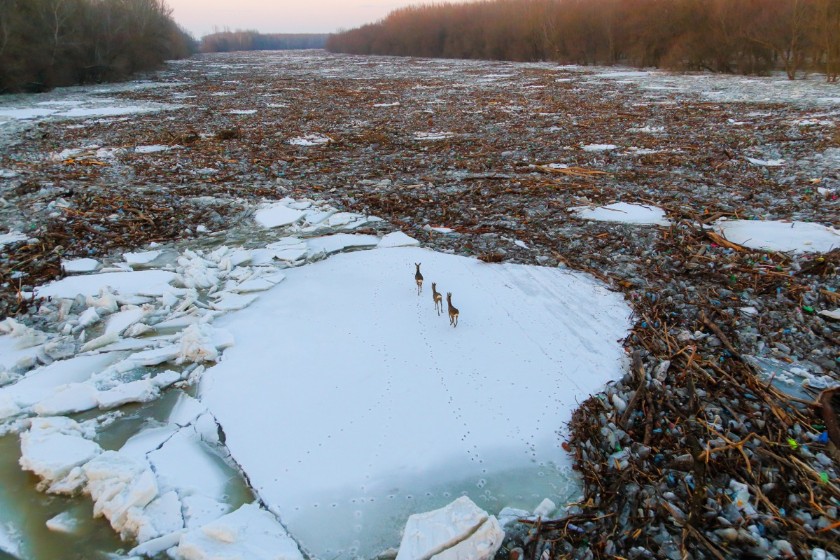 It all started with a conversation. I was talking to my friend Tibor Fekete at the monthly meeting of our Budaörs book club, catching up after our summer vacations. Tibi told me about this unusual trip he'd taken. Believe it or not, he'd navigated the river Tisza on a boat made of plastic bottles. The boat was made by Istvan Palkó and… my friend of course wanted to continue, but I cut right in, shouting "But that's it! That's the idea I've been waiting for!!" Tibi didn't quite understand why I got so worked up, so I told him briefly. About five years earlier, I was filming sand martins. That was the first time I saw the flood of plastic bottles on the Tisza, when the tons and tons of trash that comes from the other side of the border covers the surface of the river. I had no idea what could be done against such a massive amount of pollution. I was out of ideas. But something stuck with me, so as soon as I heard about Istvan Palkó's boat, I knew I had it. We have to build boats out of the plastic bottles, we have to fight the pollution and we have to make a movie about it!

I'd started Természetfilm.hu with filmmaker Zsolt Marcell Tóth, so it was only natural that started this new intiative together. We knew it was big task. We had long and serious debates about how to do it. Just one boat, only us, the film crew? Several boats, in a competition? Fortunately, István Palkó, the Tisza's first PET sailor, accepted our invitation. We won a grant from the Media Council to cover the expenses of a film series. And the inaugural PET Fleet launched with four vessels in 2013. Since then, as they say, Tisza has carried a lot of water and plastic. A total of 41 boats were built in the past four years and their crews collected more than 10 metric tons of waste. And as the amount of trash in the Tisza falls, more and more people find out about the pollution and join the fight against it. 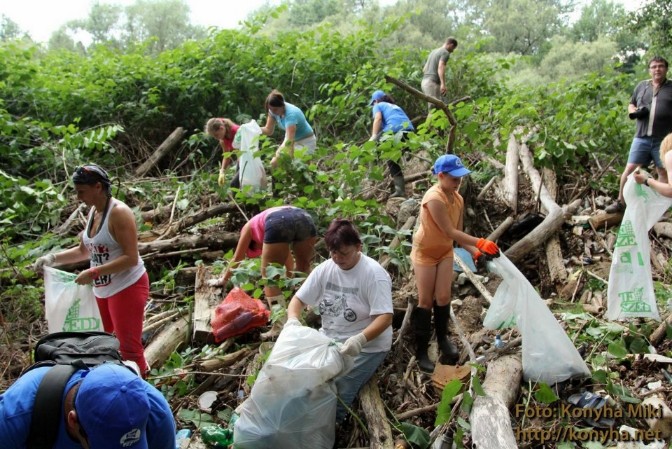 "It's a great feeling to see the magical things that can sprout from a simple everyday conversation. We salute all of those who have devoted so much of their time, energy and money to make our beloved river cleaner. I am happy to be one of them. Oh, and Tibi… thanks for telling me about the boat Uncle Pici built. One thing's for sure, we've all gained a Pet Cup out of it." Attila David Molnár PET Admiral