PET Cup is a genuine sailors' initiative, it was created and is run by "water folk," so it's no wonder that its own port slang has emerged. The sailors who fight the tsunami of plastic bottles call themselves PET Pirates. You are a PET Pirate if you've participated in the assault on at least one waste mountain and took part in building at least one PET boat. Several PET boats, built at the same time and fighting together, constitute a PET fleet. PET Pirates every year elect a PET Maestro, who's in charge of making sure the race is fair and helps keep spirits up. We have a different PET Maestro every year, but we've had the same PET Conductor since day one. And on top of that, there's even a Patron of the PET Cup. So let's take a look at the hosts, referees and anchors: the PET Maestros and their close colleagues, the PET Conductor and the Patron.

The eternal PET Conductor and the 2016 PET Maestro

KÁROLY GYENES (nature movie maker, editor, television host, director) -- A former head of Hungarian Television's Natura section, friend and collaborator of Pal Rockenbauer, the author of the television series Szép Szőke Szerelmünk, a Tisza (Our Beloved Beautiful Blonde Tisza), who knows the river as well as the back of his hand. Still, he always respects the river as if it were his first time sailing it. It's thanks to this humility that he won the affection of local people and that he is an unquestioned authority among PET Pirates.

LIVIUS VARGA (musician, psychologist, environmentalist, television host) -- A member of the bands Quimby and Kutya Vacsorája, who launched the inaugural PET Cup in 2013 as the first PET Maestro. His attention, patience and love put the bar high. Nothing shows Livius's dedication more than his regular participation ever since, including the construction of his own PET boat in 2016, which showed that he's still fighting for a cleaner Tisza. 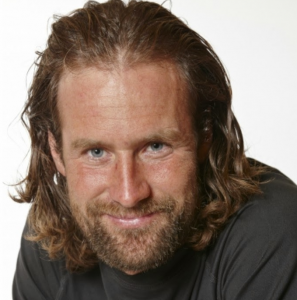 ÁRON MÉDER (round-the-globe solo sailor, sailing instructor and competitor, environmentalist) -- author of the book "Peace and Wind!" who took the position of PET Maestro from Livius in 2014. Aron sailed around the globe by himself, with a small boat, proving that sailing belongs to everyone. A boat made of trash fits right into that world view and getting the support of such an old sea hand helped tremendously in gaining the acceptance of the sailing community.

LASZLÓ RÓBERT ZSÍROS (researcher, television host, science blogger) -- the owner and face of successful internet blogs including Szertar accepted the post of PET Maestro in 2015. His accomplishments include the introduction of the PETÁK, the larger denomination of the original PET Cup currency, Kupa(k). Laci not only brought the scientific approach to PET Cup, but also masterfully commanded the largest-ever fleet of 16 boats.

ÁKOS VERECKEI (Olympic athlete, two-time Olympic champion in kayaking) -- who became the first patron of PET Cup not by invitation, but on his own initiative. Akos had kept an eye on PET Cup for years and joined in when the time was right. With the help of the Hungarian Kayaking and Canoeing Association, Akos set the first official speed record of PET sailing. During PET Cup III, he threw himself into the battle against pollution earning the respect of every PET Pirate.