As a result of great teamwork, 7 tons of trash from the Tisza river will be recycled

Water Authorities and Plastic Cup worked together on the upper Tisza river, in order to collect and process 22 tons of trash. Water Authorities used their modern „fishing machine” – developed in Hungary – for the sixth time, and they were able to separate and hold 75% of the trash destined for the river. The Plastic Cup team members sorted 7,1 tons of trash into different materials, and as a result, just from plastic bottles, more than 300 thousand pieces were compressed and baled. This prevented the separated waste from polluting the lower part of the river, which is an enormous result, as this is almost the same amount as the Plastic Cup teams collected during all earlier summer events 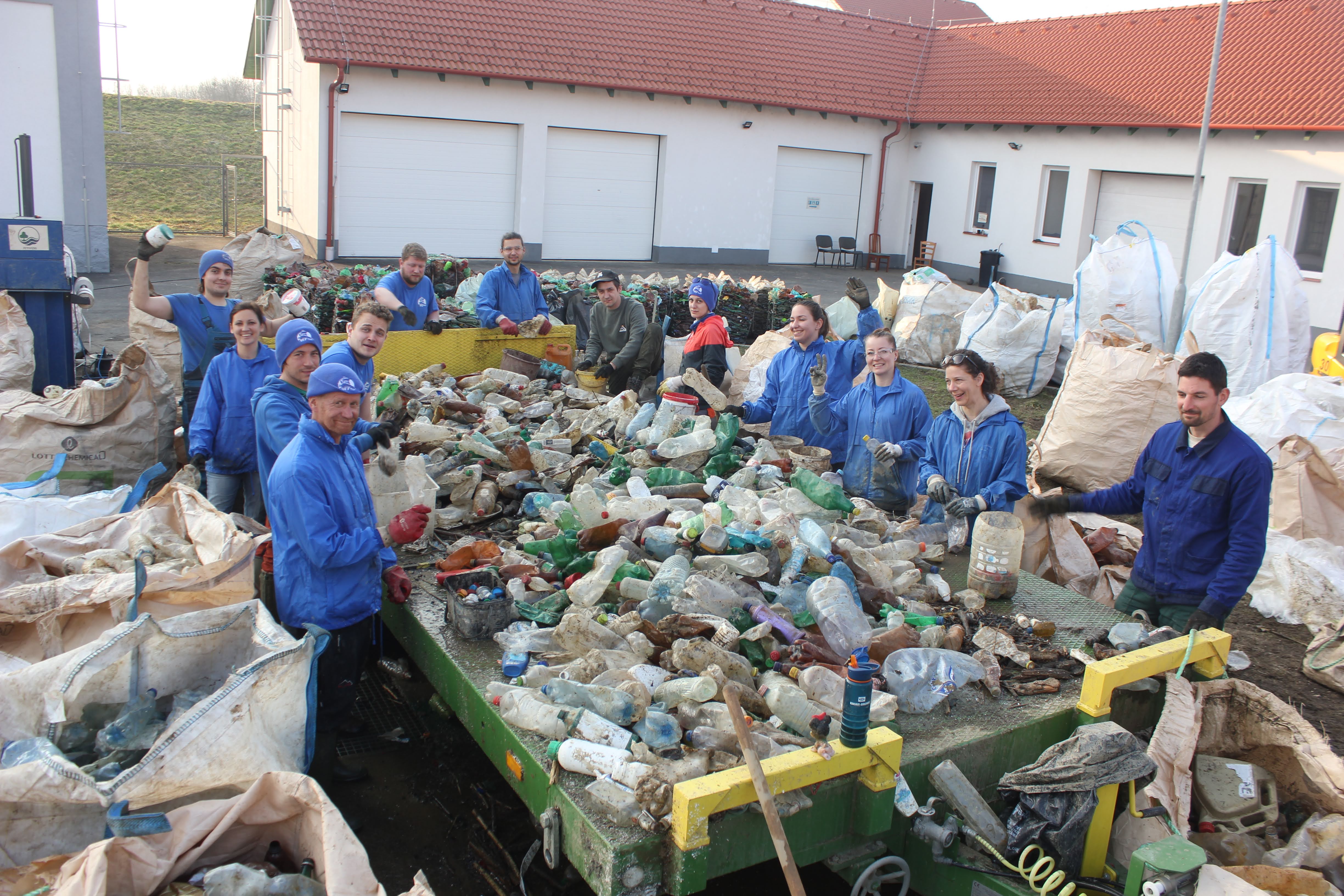 At the same time as the flood occurred in January, teams of Plastic Cup started using the brand new trash-picking boat, named PETII, on the Bodrog river at Olaszliszka. Local governments, civilians, and ferrymen helped the work of North-Hungarian Water Authorities (ÉMVIZIG) and Plastic Cup members. At the same place, the trash processing group of Plastic Cup released a special bottle that has a GPS tracker inside, to observe the movement of trash piles. After the flood on the Bodrog, when Tisza reached its peak height, the production line was activated. The Upper-Tisza Region Water Authorities (FETIVIZIG) picked out not just Ukrainian, but also a vast amount of Romanian litter at Vásárosnamény, as it arrived on the Szamos river. The infrastructure at Vásárosnamény was implemented with a partial river closure by the water professionals.

Természetfilm.hu Association made a short movie about the trash tsunami, that occurred at the beginning of the year.

60% of the trash will be recycled

Pre-selection started at the bridge of Vásárosnamény, where the employees of water authorities sorted the inorganic objects from the organics (mostly trees and branches). The high water and cold weather caused unusually extreme conditions, but people moved 2000 m3 of material, much of which was organic. Volunteers of Plastic Cup did a secondary sorting into different types of inorganic materials. Assistants worked on extended weekends, even in the coldest February weather, and the result was 3,3 tons of glass, 160 kg of metal, 3,8 tons of plastic: a huge amount of recyclable material that goes back into circulation, providing a secondary material for mainly Hungarian recycling companies.

It is a one of a kind contribution in the world, among governmental and civilian organizations, local people and companies. Clean water is equally important for everybody, and the main focus is on the final solution. Our greatest hope is that this contribution will have an effect across the borders as well soon. 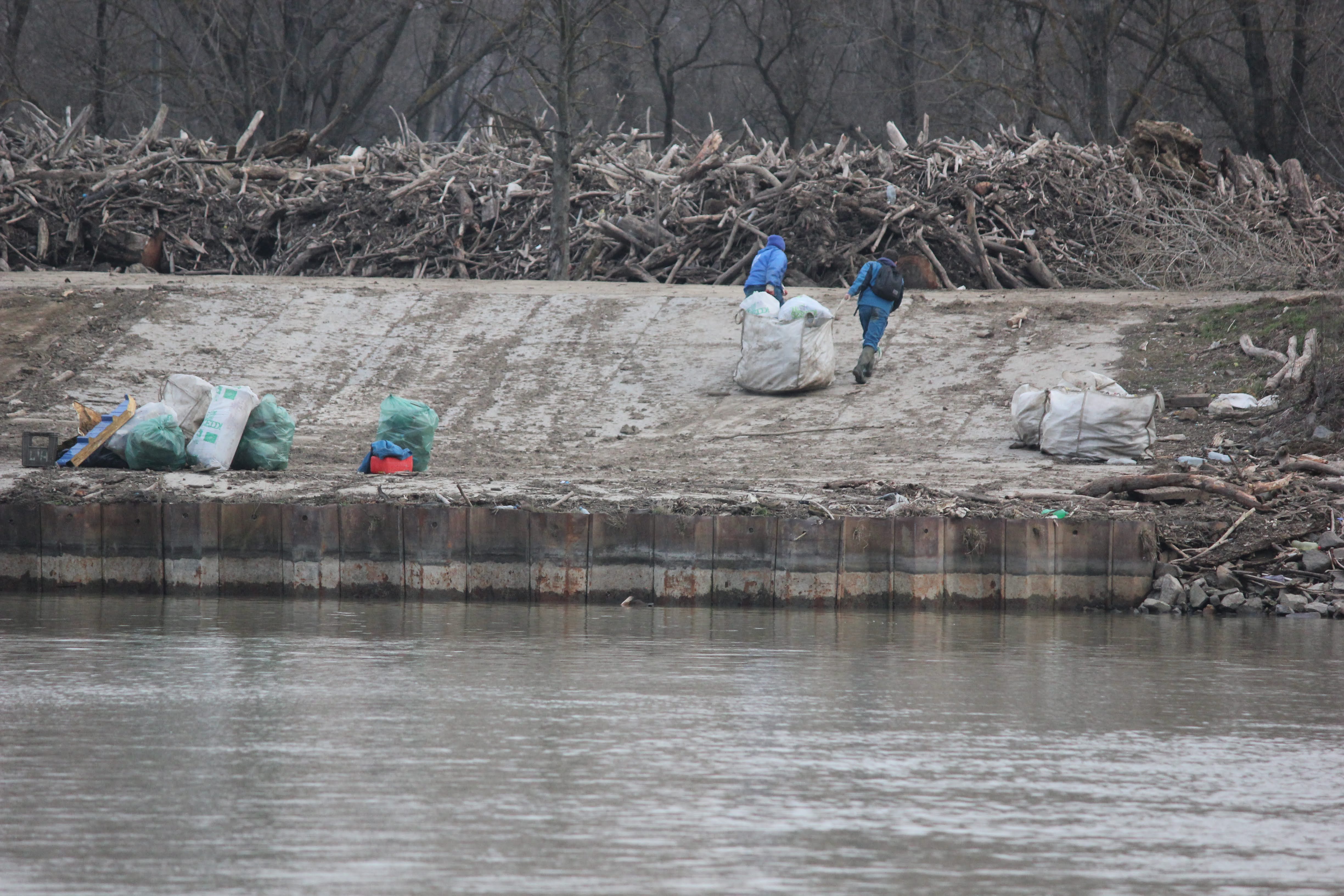 If the regulations allow it, Plastic Cup organizers would like to arrange two other events beside the main attraction: the Upper-Tisza competition – at the beginning of the summer on Tisza-lake, and in the fall on the Bodrog. Registration is open for teams consisting of friends or coworkers, until March 15. Plastic Cup is making a great effort to prevent the further river contamination, alongside other nations. This requires a long-term contribution, involving professionals too, in international tenders. For recent programmes, Ukrainian and Romanian organizations have joined the project related to Tisza.