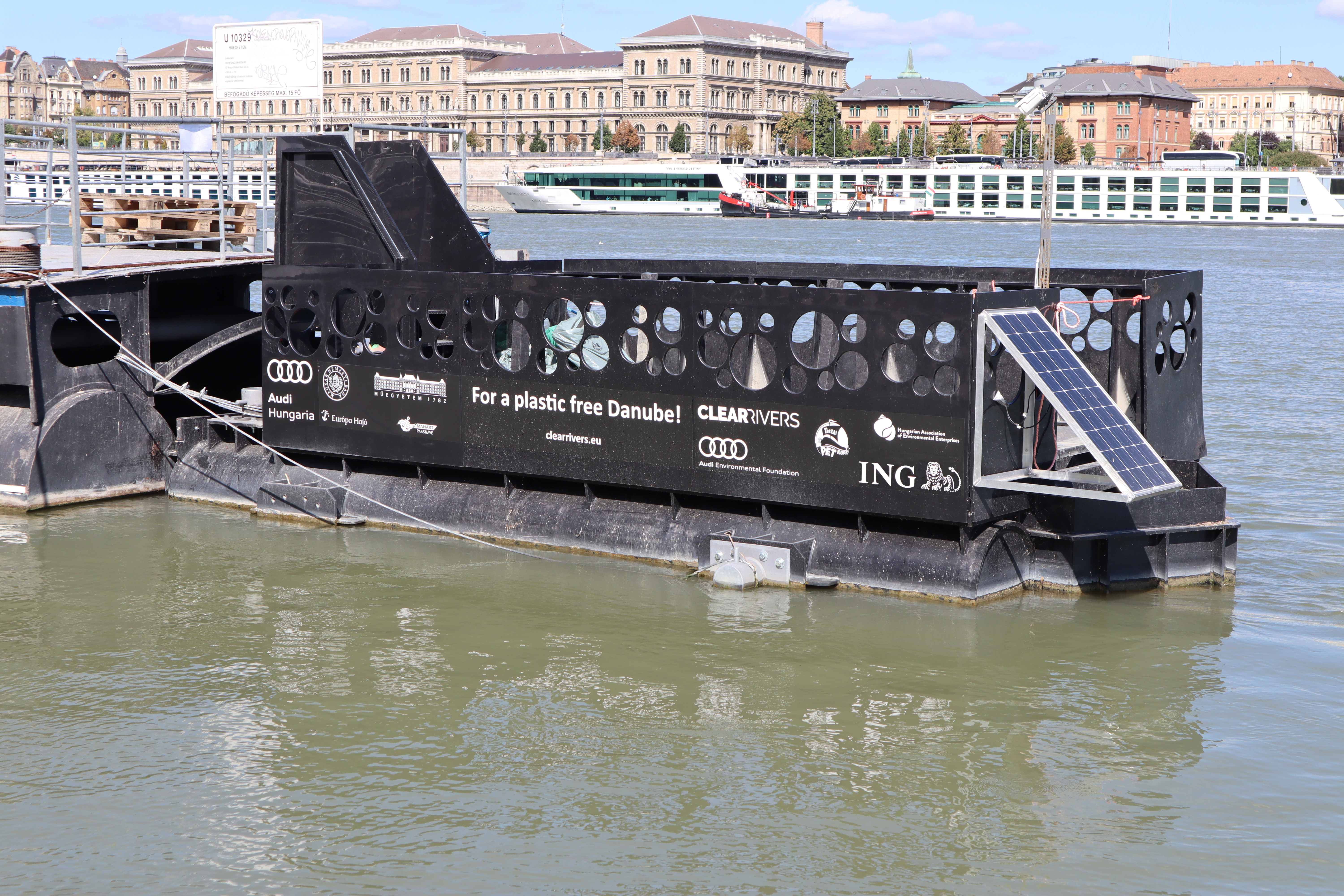 On Tuesday September 21st the first Litter Trap in the Danube river, Budapest will officially be opened. The project is a wide collaboration of different organizations that together launch and present the project in front of Budapest University of Technology and Economics on the 21st of September 2021 at 11:00h.

In Budapest a pilot project is launched to recover plastic and other waste streams from the Danube. The waste collected by a floating Litter Trap will be monitoring and explored in its recycling potential for creation of new durable products. The Litter Trap is placed in front of Budapest University of Technology and Economics, attached to the existing pontoon of Európa Hajó. The Litter Trap will collect the plastics floating along the West bank of the river. The collected plastics will be sorted and made available for recycling. Education and awareness creation will be an important aspect of the one year long pilot.

Plastic Litter is a large problem in waterways. Animals will get ill or die, humans are affected, ecosystems are disturbed and the plastics pollutes the beautiful riversides and the nutritious sediment. Via rivers a large part of the litter reaches the seas and oceans, where it become part of global pollution; the plastic soup. Plastic litter in open waters results to microplastics by degradations and fragmentation of the plastic objects. 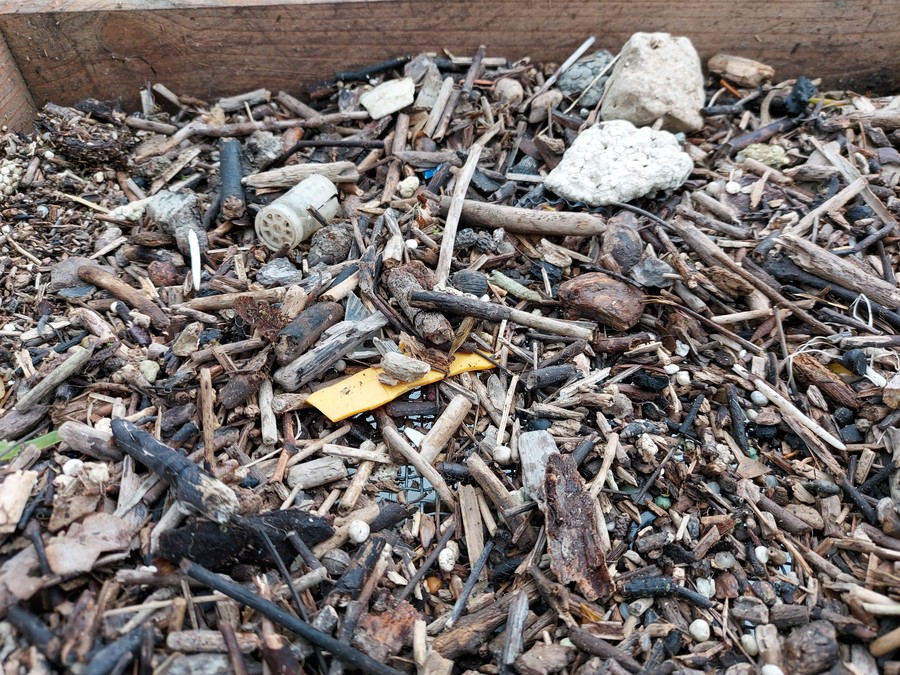 The Litter Trap in the Danube is strategically positioned; along the west bank and in front of the university. The installation is floating and passive (no use of energy). In this way the installation causes no harm or disturbance to the environment or its surrounding. The Litter Trap is positioned behind an existing pontoon, making an effective use of the existing infrastructure. The Litter Trap is emptied on a weekly basis to get a clear and detailed insight on the plastic pollution per season. By retrieving the plastics in Budapest, further plastic pollution of the Danube and Black Sea is prevented. CLEAR RIVERS, the developer of the Litter Trap, is working on the implementation of Litter Traps since 2017 in the Netherlands, Belgium, Indonesia and Malaysia.

The macro plastics in the Litter Trap are analyzed in its quantity and composition. In this way we will get a clear idea of the waste pollution of the Danube river. The effectiveness of the Litter Trap will be explored in especially the combination of large accumulation of driftwood. The pilot should answer the questions how plastic and other waste streams can be recovered from the Danube. Placing multiple Litter Traps over the flow of the river is one of the potential future scenarios that will be explored.

Part of the pilot is an educational program in which students are challenged to think with us in solutions. The Litter Traps positioning in front the University allows an intensive monitoring and interaction by and with the students. The students will help us with their ideas on how to; prevent plastic pollution, monitor plastic litter in the Danube, retrieve more waste from the river and how to recycle the recovered waste types into durable new products. Students already helped with the preparation and actual placement of the Litter Trap.

By collaborating with pupils and students, the awareness on waste pollution in proportion, source and type is increased. While at the same time we’re educating the next group of professionals and are presented with new ideas and solutions.

The macro plastics that will be recovered, during this pilot, will be analyzed, sorted with the aim of being recycled. Together with the University, PLASTIC Cup and the Hungarian Association of Environmental Enterprises we are exploring how the plastics can take part in the circular economy. We will explore which new products can be made by recycling the plastics locally. In this we follow the experience and expertise of the local partner PLASTIC Cup together with the products under development by CLEAR RIVERS. In this way we are effectively and environment friendly reusing the plastics. The new products will contribute to the awareness of plastic pollution and should, eventually, give a financial return in the costs of retrieval.

The pilot is an initiative of CLEAR RIVERS and the Audi Environmental Foundation supported by a strategic number of partners such as Audi Hungary, ING, PLASTIC Cup, Budapest University of Technology and Economics, Európa Hajó and Hungarian Association of Environmental Enterprises. CLEAR RIVERS and the Audi Environmental Foundation have a long-term partnership in which this Litter Trap placement is the second within Europe. The local partners support the realization of the project and its activities over the coming year. Together we are working on a plastic free Danube! 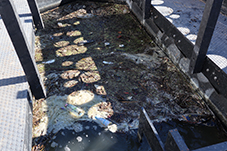 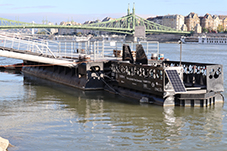 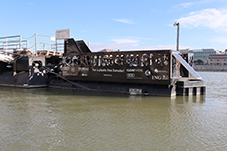 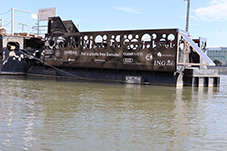 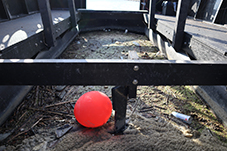 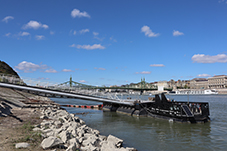 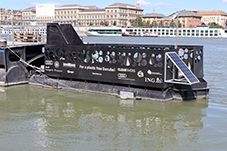 The water is in many cities the lowest point, resulting in the unfortunate accumulation of litter in our rivers. When we retrieve the plastics directly in our cities and rivers we actively prevent the further growth of the plastic soup in our seas and oceans. This project in Budapest is currently setting an example for Eastern Europe

Litter Trap helps us to get a much wider picture about the waste pollution of the Danube River. We found it surprising that during the test period, countless number of polystyrene pearls and plastic pellets accumulated in the trap. It rings the alarm bell, that we have to re-think our materials and their end-of-life procedures. 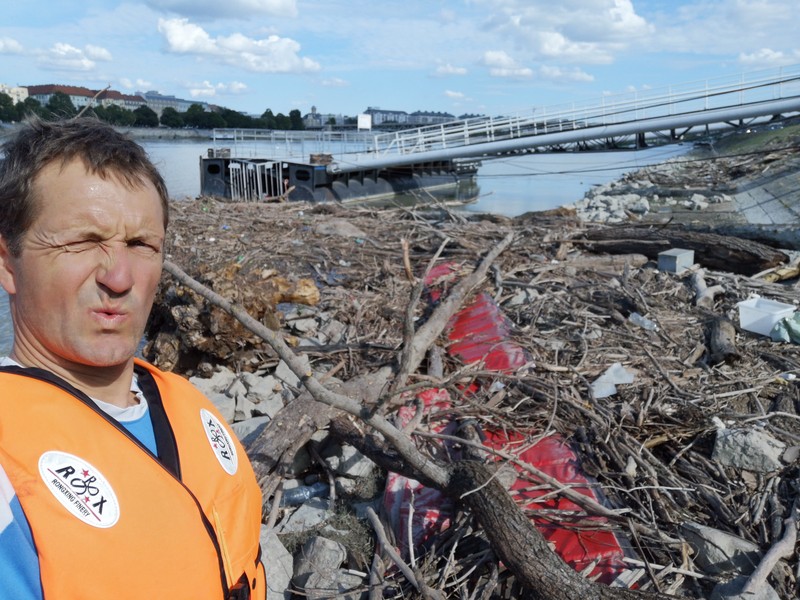 Financial services have an important role to play in creating a healthy and sustainable world - not just by trying to be more sustainable ourselves by reducing our direct footprint, but also in the choices we make in lending, investing and the services we offer to our clients. Sustainability is integrated directly into the core of ING’s global business strategy. We are proud to be involved in this project and set the example that promotes circular economy and provides for the monitoring, education, and new circular products for a cleaner Danube and the Black Sea. I do hope that this project can be expanded further with additional supporters