The 8th PLASTIC Cup collected ten tons of trash from Záhony to Tokaj on the Tisza River.

The PLASTIC Cup fleet of 11 plastic bottle boats finished its journey in Rakamaz. Due to the aligned contribution of mostly veteran, returning plastic pirates, 10,5 tons of trash has been removed from the flood basin. In regard to the current virus situation, exceptional regulations were applied throughout the event. Even though the organizers had to cut the number of teams and attendees, the collected amount of trash was equivalent to the last year’s collection. Representatives of the main organizer (Termeszetfilm.hu Egyesület / Filmjungle.eu Society) emphasized that they can see the light at the end of the tunnel, because the forests in the basin will not be polluted again, thanks to the Upper-Tisza Region floating river dam.

On the upper side of Tisza, the Upper-Tisza Region Water Authority – due to the infrastructural investments – regularly collects the trash which comes during floods. In the past few years, PLASTIC Cup cleaned around 70-80 kilometres in one competition. The part between Záhony and Tokaj were not visited for a while, or just partially visited, but the pollution was enormous. 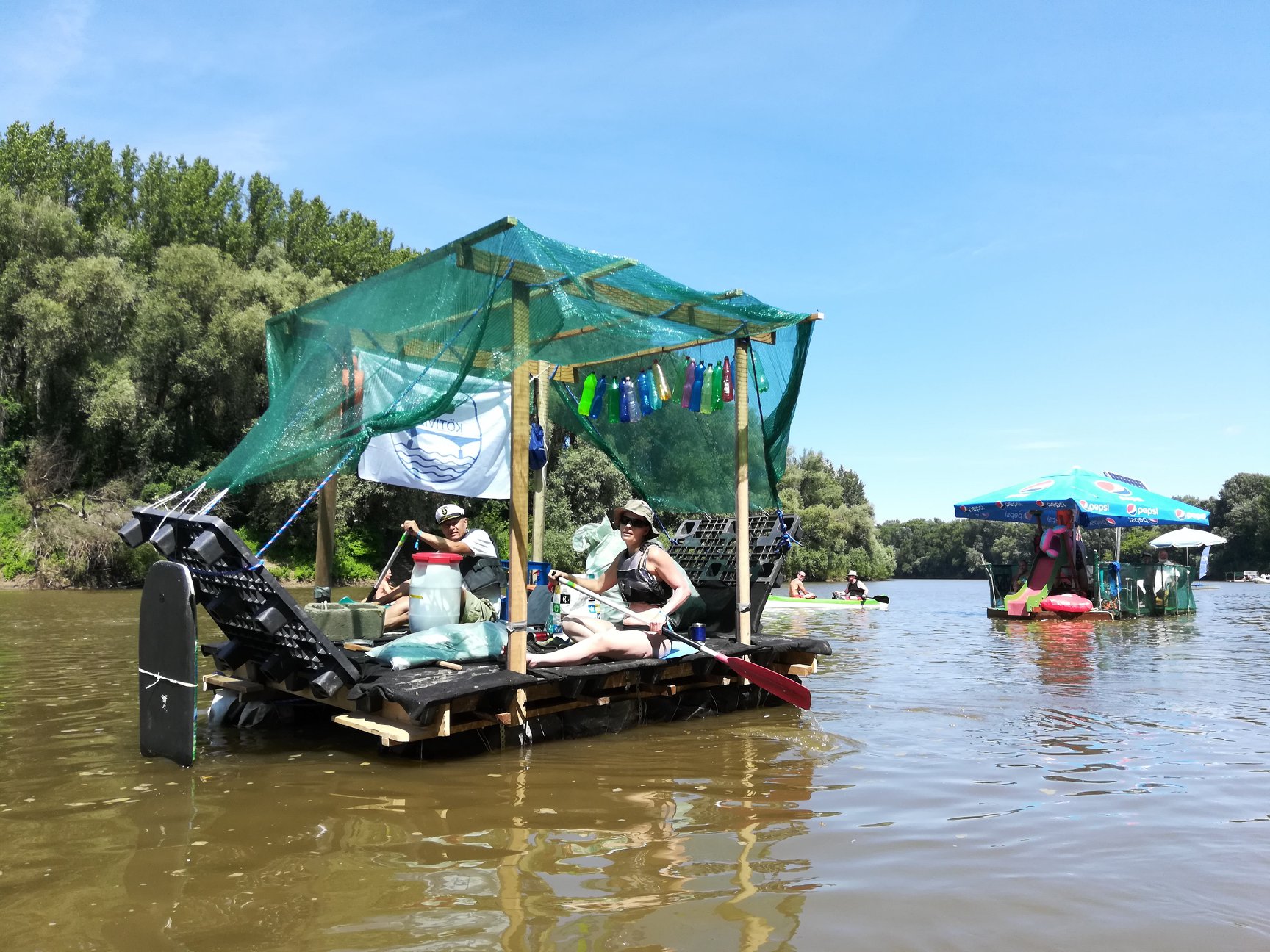 We cleaned this part of the river three years ago. Many tons of waste were piled up, and we managed to get rid of most of them, reclaiming the forest. It is a fortunate part as the dam protects it from pollution. 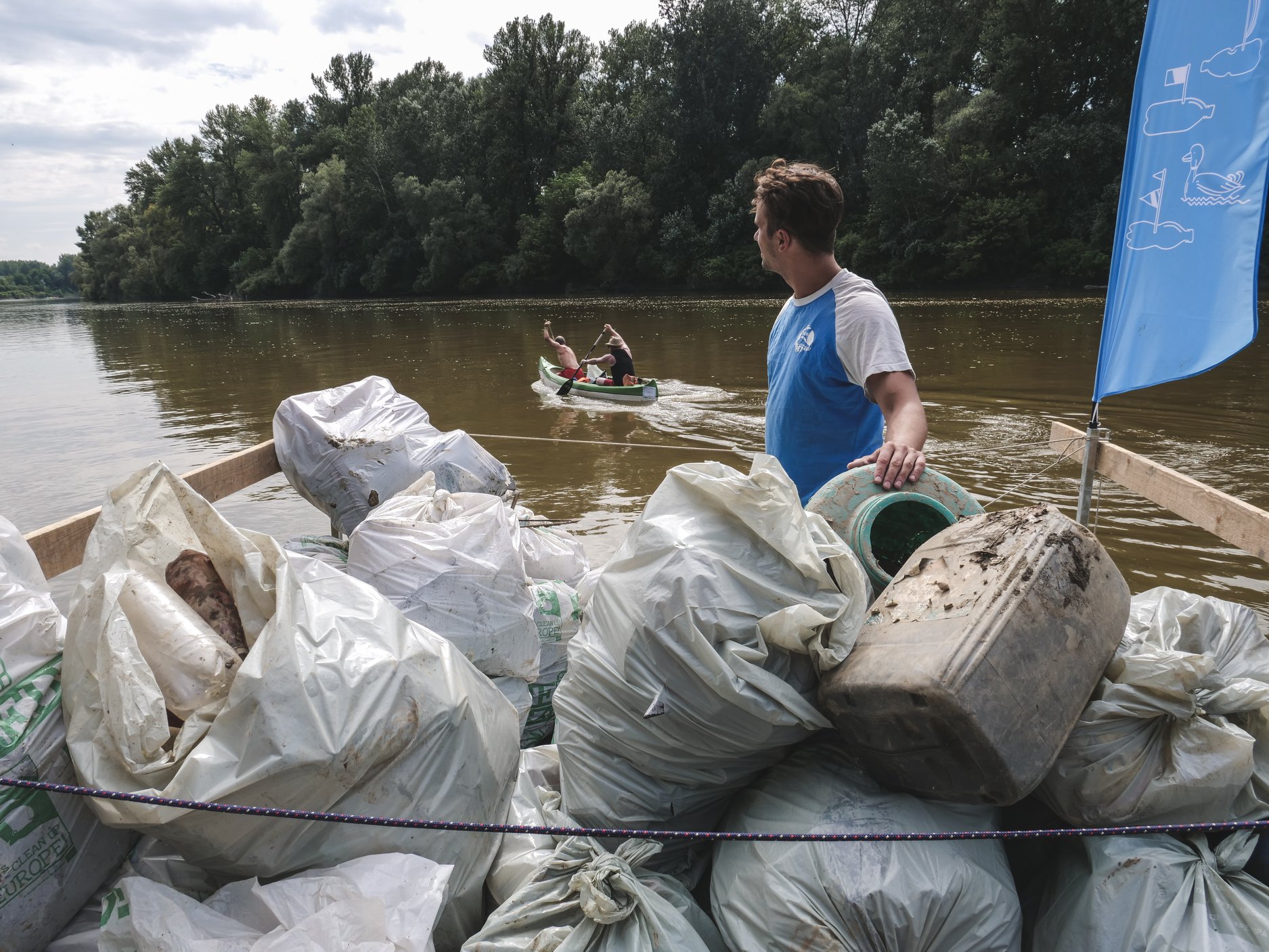 With less participants, we achieved the same result.

Majority of PLASTIC Cup fleet was compiled from returning, experienced teams. Organizers looked through the whole territory in the winter, therefore they knew exactly where most of the trash could be found. TrashOut mobile application and tisztatiszaterkep.hu online webpage helped with the mapping. The up-to-date database contributed to collect 1400 bags, which is more than 10 tons of trash in 6 days, in the 84 kilometres between Záhony and Rakamaz. The fleet was helped by two brand new ships. The trash collecting ships, PETII was a rapid reaction, waste collecting ship, assisted by a motorboat called ’LOGIKA’ delivered 2 tons of trash. Another ship what was made 100% of river trash, and was inaugurated in July, called ’Plasztikladik’ also helped with the effective work. 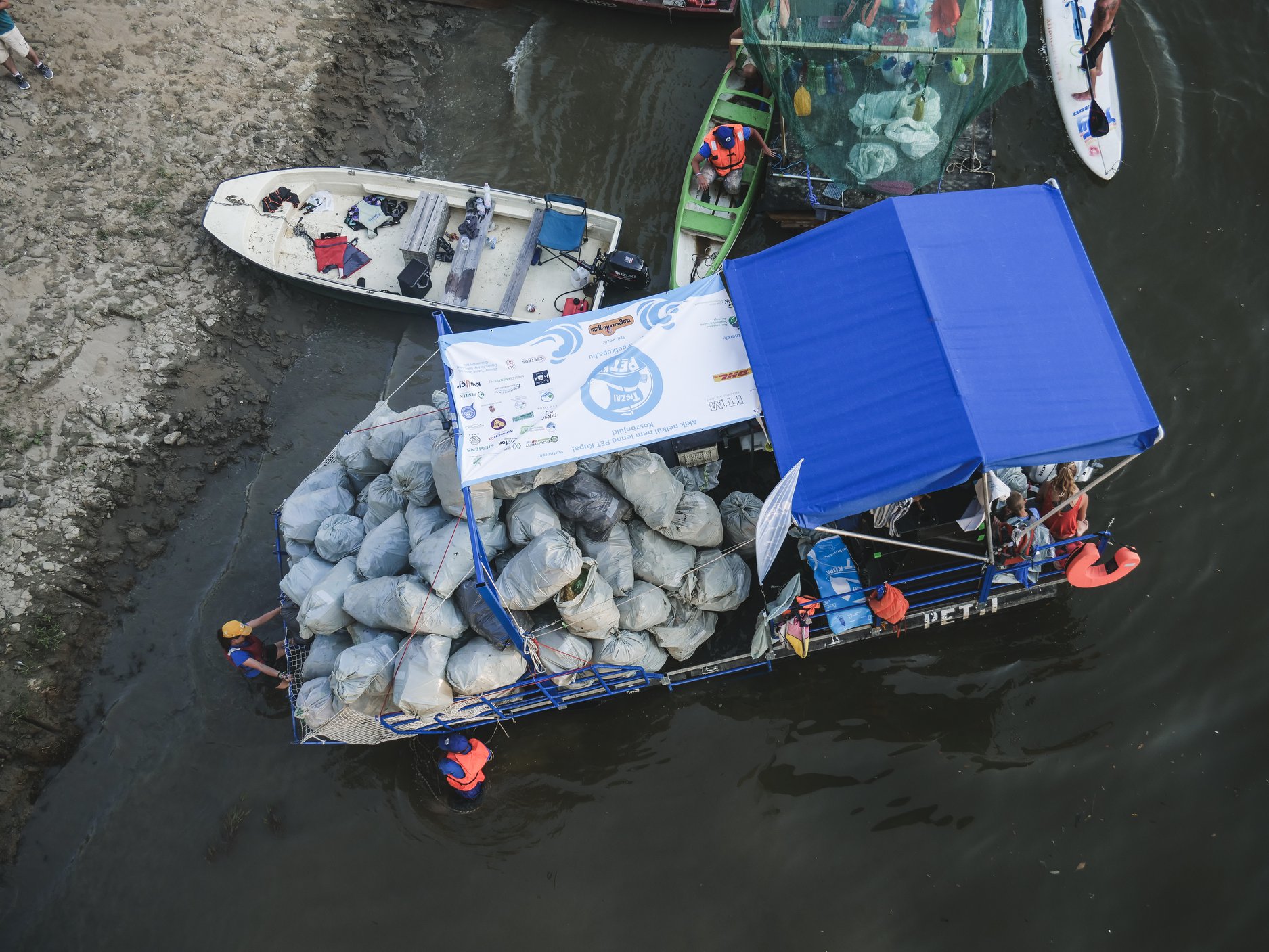 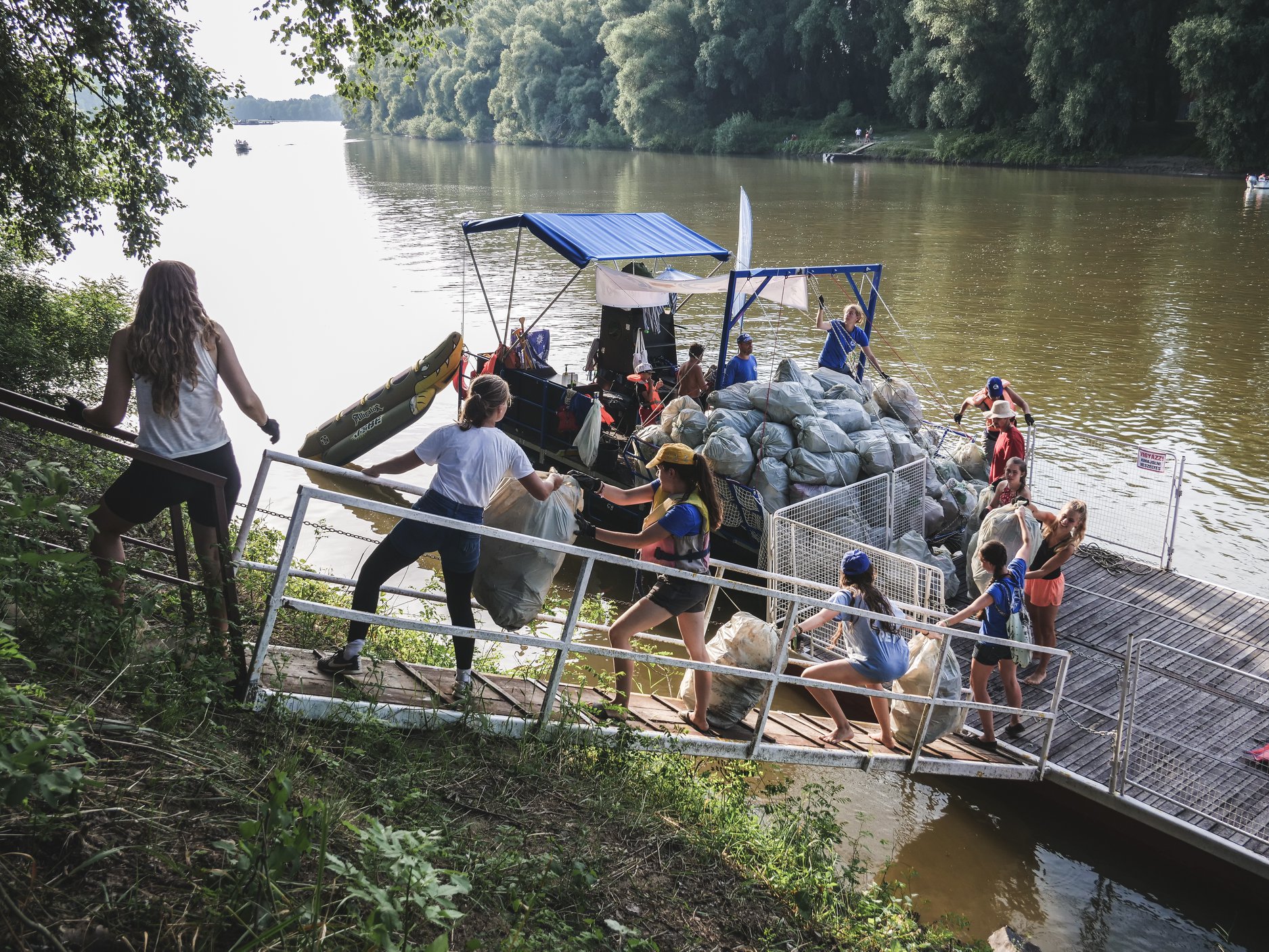 Best of the best

Thick basin greenery and more than usual number of mosquitos made the plastic pirate’s job even harder. But these things could not frighten away the best of the best. More experienced team had a systematic strategy to get over these problems. All the podium teams have started to separate the trash on the water. Those pirates proved that these ships are not only enough to draw the attention but also effective devices to get rid of rubbish.

For the first time, actual standings were displayed on the PLASTIC Cup website. There the visitors could follow, each team’s point total, what showed how many PETAK (virtual plastic money) they collected. Traditionally, most points were given by collecting trash, but teams could have collected points in skill competition, and talent show. Obviously, the last days are the tensest and everybody is eagerly waiting the summaries of the PLASTIC Cups organizing committee.

In first place the team who finished 3rd last year stepped up. The Siemens Evező-sök team won the 8th Pet Cup, in their fifth appearance. Aside of glory, they won the cup made from recycled plastic and the gift parcel of Zöldbolt online eco-shop. In a tight battle, Hangák ended up second, who represented the largest range of age, from kids to their grandfathers. Third place went to GWP (Global Water Partnership), the joint ship of Ministry of Home Affairs and KÖTIVIZIG (Middle-Tisza Water Directory). In order to give a fair chance to small but keen teams to reach the podium, the organizers established the Hero of Tisza award, which goes to the team which collected the most trash per capita. The glorious trophy was given to very experienced pirates: Team Petunia, compiled from children and adults, who received a similar price in 2019, in the Tisza-Lake PET Cup. The awarded team also got a gift card from Hulladekmentes.hu.

Half of the trash will be recycled

The professional partner of the event, the Hungarian Association of Environmental Enterprises coordinates to keep the collected trash alive. The essential volunteer team of PLASTIC Cup sort out everything, bag-to-bag, and separate them by different kinds. The reusable metal and glass goes to the processing of plates, assisted by North-Alföld Environmental Management Association. PET bottles will be sorted by colour, baled and processed by Huke Ltd, based in Sárvár. 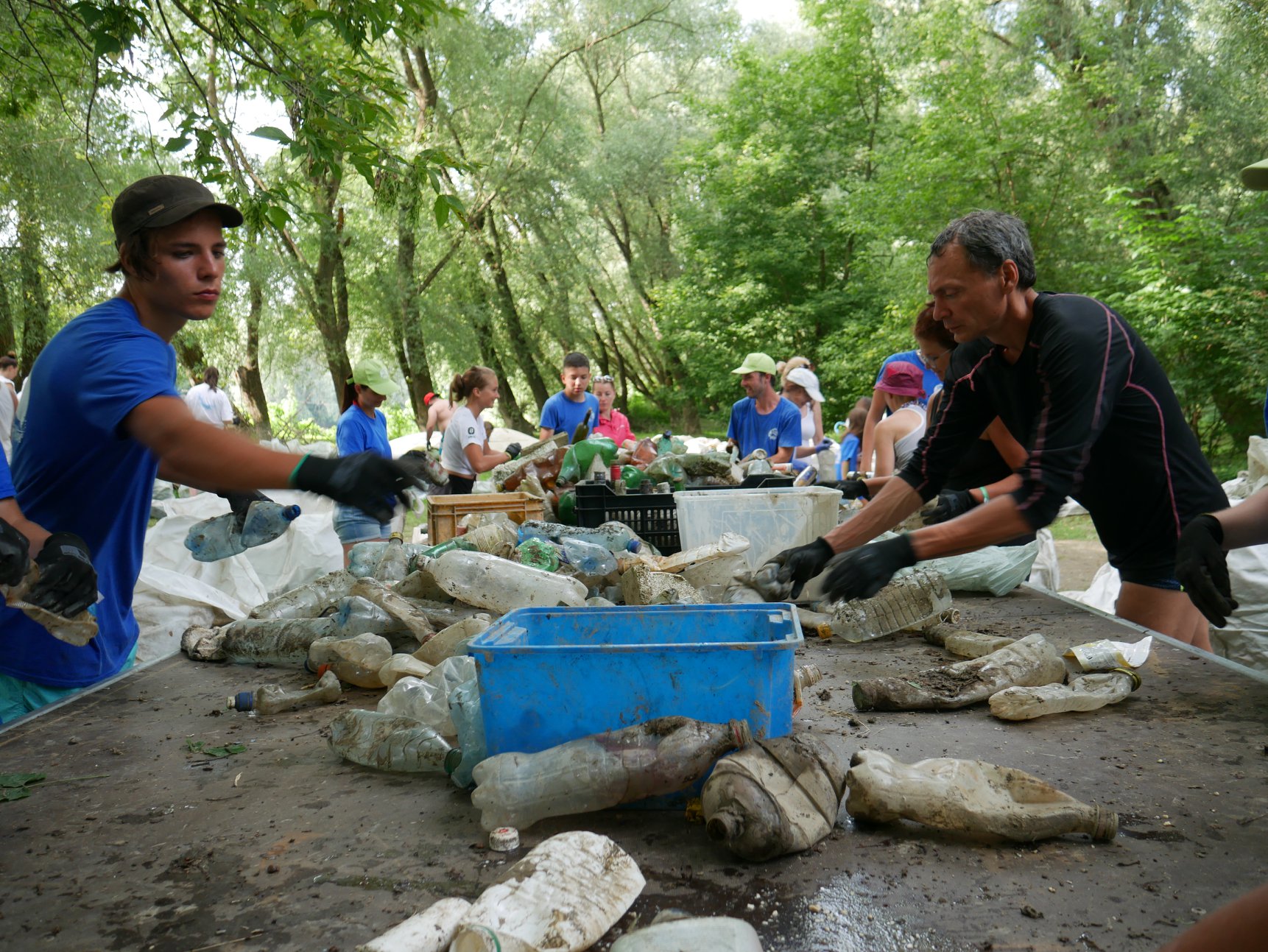 Cups and polypropylene packages, like shampoo bottles are recycled by Holofon Zrt. The second-hand material will be used later for ship hulls and boards. Half of the collected trash will be reused.

Honourable mention for the rest of the teams:

Without their help, 8th PLASTIC Cup would be not have been possible

The event was held by the assistance of the main sponsor, Ministry of Innovation and Technology, and János Áder as chief patron. Dr. Tamás Kollarik as patron, who took part with his children this year, and year-by-year he is an active member of the event.