The cross-border programme launched by the Plastic Cup two years ago and sponsored by International Investment Bank (IIB) resulted in a great Tisza Expedition, which mapped the total length of the river. As part of the CLEAN WATER, HAPPY TISZA programme, experts, volunteers and waste management specialists of the Plastic Cup assessed the hotspots of plastic pollution and improved the online database to further increase the efficiency of river conservation activities at the floodplains of the Tisza. In Hungary nearly 3000 polluted areas were pinpointed in the floodplain forests, and 300 of them were already successfully cleaned up. 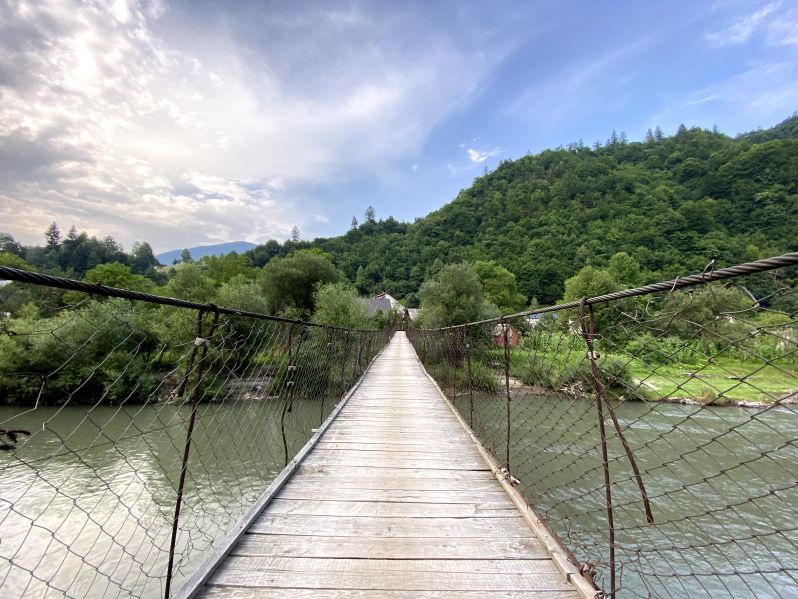 For the past nine years, The Plastic Cup has been working steadily on raising awareness about the complex environmental problem that is primarily caused by the lack of appropriate waste management systems and infrastructure at the upper sections of the Tisza, beyond the Hungarian borders. The CLEAN WATER, HAPPY TISZA programme, launched thanks to financial support of International Investment Bank, allowed experts to carry out a comprehensive assessment at the river and its floodplains, in which they involved the population of riverside settlements. The goal of the project was to take the efforts of the Plastic Cup to the next level, to protect the natural resources, and to enrich the know-how related to river conservation with smart solutions and expeditionary observations. 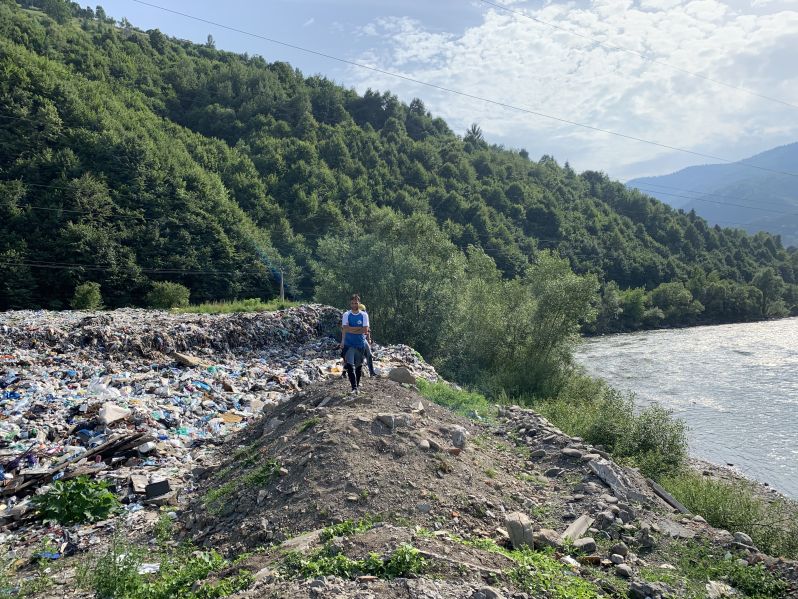 Altogether 180 tonnes of waste have been removed from the river and its floodplains during the operation of the Plastic Cup. The well-established, days-long, fluvial competition of plastic waste boats was organised at three locations this year – at the Lake Tisza, at the Upper Tisza and at the Bodrog. During the three fluvial competitions, hundreds of volunteers with altogether 32 rowing boats, made from plastic bottles, and dozens of canoeing troops cleaned the Tisza and the Bodrog removing 20 tonnes of waste.

PETCamino and the ‘From the Spring to the Mouth’ Expedition

Assessing the level of waste pollution at the Tisza started with trekking the river banks within the borders of Hungary on foot. The champions of the Plastic Cup – some of the trustworthy volunteers and organisers of the initiative – walked altogether 2142 kilometres in the environmentally valuable floodplains along both sides of the river. The locals also joined the trips at several locations. In the end, PETCamino reached beyond the borders of Hungary, as well. The field trips lasted for 95 days and involved more than 100 volunteers. They took place mostly during winter, when there is no undergrowth, but waste mapping continued relentlessly in spite of the cold. The amassed knowledge was almost immediately put to use in the autumn of 2020, when floodplain clean-ups started as part of the “Lets clean the country!” project, so eliminating waste pollution started earlier than expected. Field monitoring with smart phones already posed many challenges to the participants during the PETCamino, thus there was no room for using other research methods.

One of the goals of the “From the Spring to the Mouth” expedition, launched in July 2021, was to fill this gap and test research methods that could involve the public – similarly to waste mapping. The leader of the expedition, Csanád Ivánfi, member of the Clean Tisza Team, experienced sailor and trained pollution fighter of the Plastic Cup, set sail with questionnaires in 5 languages. His journey from the spring to the mouth of the river lasted two and a half months, during which he surveyed people living at the river banks in three countries. In addition to that, Captain Csanád attached unique identifiers to plastic bottles in the river and at the banks, hoping to help the data collection on the movement of plastic flow.

The public could follow events of the expedition in a web series consisting of 18 episodes. The Tisza Expedition Pirate Ship’s Log got popular mostly on Facebook, and its last episodes had tens of thousands of views. Captain Csanád sailed through 5 countries and faced many adventures and difficulties – for example, one of his ships, the plastic motor barge named Pelican was stolen in Szeged. The news of the incident travelled through Hungary and triggered public outrage. The boat, fully made from river waste, was eventually found by some friends of the Tisza from Bácska without the motor, and the perpetrator is still at large. The Expedition reached the Danube in the middle of October. The closing ceremony of the journey took place in Novi Sad, Serbia, where the mobile, wheeled Plastic Workshop of the Plastic Cup also paid its respect to the successful mission. 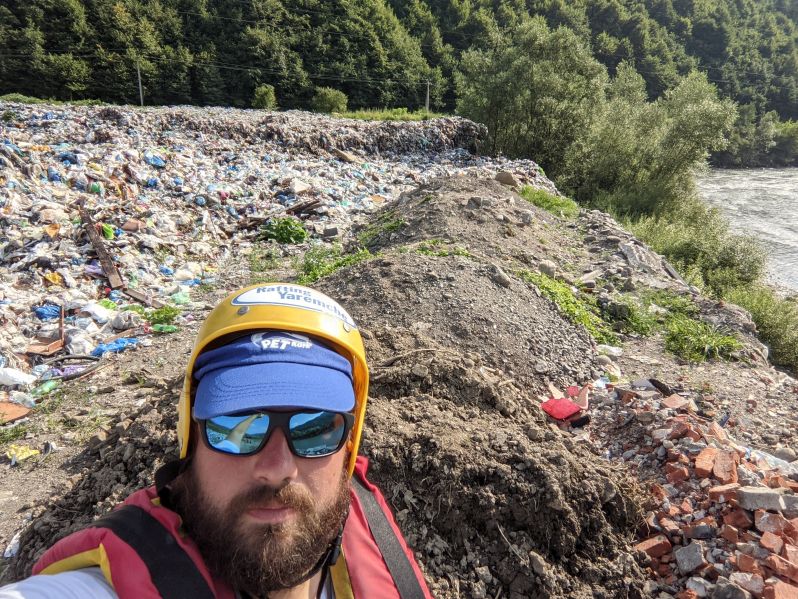 In parallel with mapping polluted areas, experts improved the online communication of the Plastic Cup by developing new and interactive online waste map and applications.

As a first step, a Hungarian version for the globally used waste mapping application, TrashOut was made available. It is the most widely spread app for mapping illegal dump sites and it offers wide-ranging and useful possibilities to pinpoint the spotted waste and its location. The tisztatiszaterkep.hu website, created within the framework of the project, helps visualise the illegal dump sites registered in TrashOut with almost real-time tracking – after only several minutes of data transfer. The online waste map of the Tisza shows at present 2792 polluted areas and 300 cleaned up spots at the banks of the Tisza and its tributaries within the borders of Hungary. Another 1071 polluted and 87 cleaned up territories are registered along the river in Romania, Serbia, Ukraine and Slovakia.

In addition to the Hungarian version of the waste mapping application and the online waste map of the Tisza, The Clean Tisza app (TTapp) also supports the river saving efforts of the Plastic Pirates. The TTapp collects all the information related to the competition for the benefit of the participants, from registration and programmes to the point awarding system. The online interface has helped the work of four plastic boat competitions starting with the First Bodrog Plastic Cup: 38 teams used it to register 4316 bags of waste weighing altogether more than 25 tonnes.

The KONASOFT Ltd. contributed with the technical development of the map and the application; the company has been supporting the work of Plastic Cup as a form of corporate social responsibility. The experts of the Plastic Cup wish to use the waste map and the new apps to help people on rowing trips, fishing, hiking or living at the catchment areas get involved in active nature protection: anyone can join the community of data collectors, can easily add new areas or visit already registered ones to participate in the clean-up efforts.

IIB grant policy has been an integral part of our activities since 2015. We have managed to help implement a number of extremely important environmental initiatives in our member states alongside international organisations and local communities. Clean Water Happy Tisza programme is a vivid example of fruitful cooperation between volunteers, municipal authorities, scientific circles, IT specialists, a financial institution and public striving for better living conditions in the area

The river runs through a number of our shareholder states, and there is still a lot to be done with regards to plastic pollution. International Investment Bank will continue to support The Plastic Cup and its highly relevant work 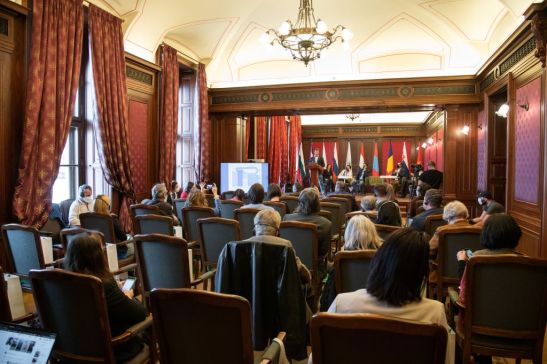 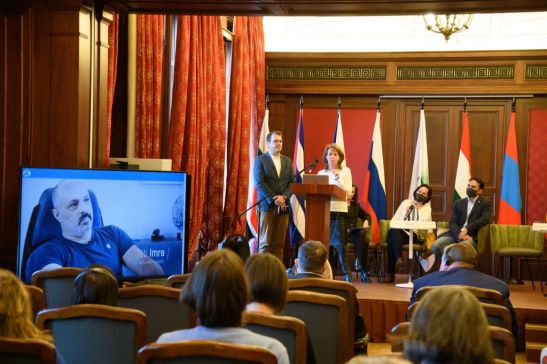 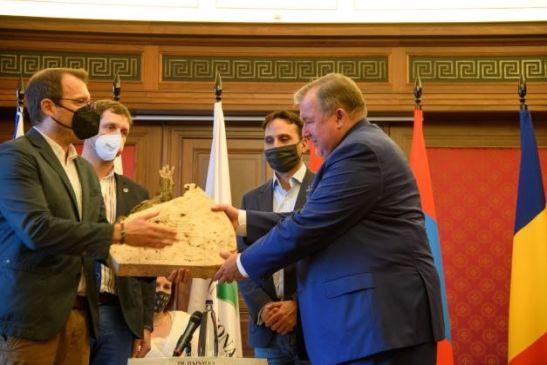 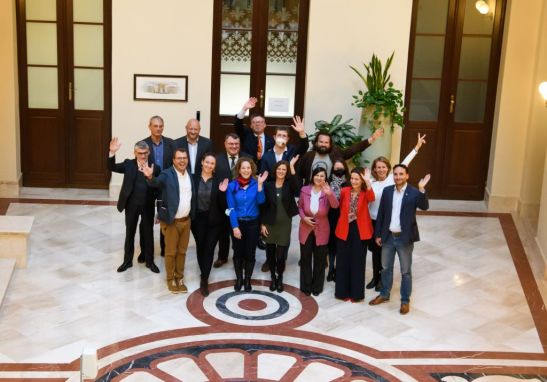